Emerald ash borer (EAB) is a small, metallic green beetle that kills ash trees. The emerald ash borer is native to Asia and came to the United States around 2002. It moved from eastern United States to the Midwest through firewood, sawmill logs, and nursery plants. The larvae feed on the inner bark of ash trees, preventing delivery of water and nutrients to the tree, causing ash trees to die.

Coralville had a confirmed case of EAB in January 2017. Following patterns in the Midwest, Coralville can expect to lose the majority, if not all, of the ash tree population. Ash trees typically die in two to five years of becoming infected.

The City is taking the following steps to limit the economic, environmental, and aesthetic impacts of EAB:

Property owners are responsible for the trees on their own property, including the right of way. Homeowners may treat ash trees in the right of way at their own expense. The City recommends systemic injection over other treatment methods (drench, spray, or granular methods) due to the lower risk of pesticide exposure. If an ash tree is not treated, it is anticipated that the tree will be in a declining state within two to four years.

Ash Trees in Right of Way

If I am contacted by a pesticide applicator to treat ash trees for Emerald Ash Borer (EAB), what should I do?

Who can treat my ash tree for EAB?
Ash trees can be protected with insecticide applied by a commercial pesticide applicator or the homeowner. Trees must be healthy, vigorously growing, and valuable to your landscape. Treatment must continue every year or every other year, depending on the pesticide, for the life of the tree.

For an applicator to treat your ash tree for EAB, they must be certified with the Iowa Department of Agriculture and Land Stewardship - Pesticide Bureau. To treat trees commercially, they must have a valid/active category 3O or 3OT certification. Otherwise they are making the treatment against state law.

Verify that Who You Hire Is Certified

How do I know my treatment company is certified?
To get a list of companies registered in your city to do EAB treatment: 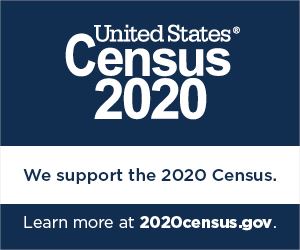 The City of Coralville is working to address the COVID-19 public health challenge. By wearing face masks and social distancing, our community can help reduce the virus spread.
COVID-19 INFORMATION