Maintaining safe winter driving conditions on City streets is a priority of the Coralville Streets Department. Current conditions and weather forecasts are monitored so that crews are ready before the flakes begin to fly.

Snow Removal at a Glance

If you have questions about plowing on your street or concerns about an unshoveled sidewalk, call 319.248.1740 or report it online. 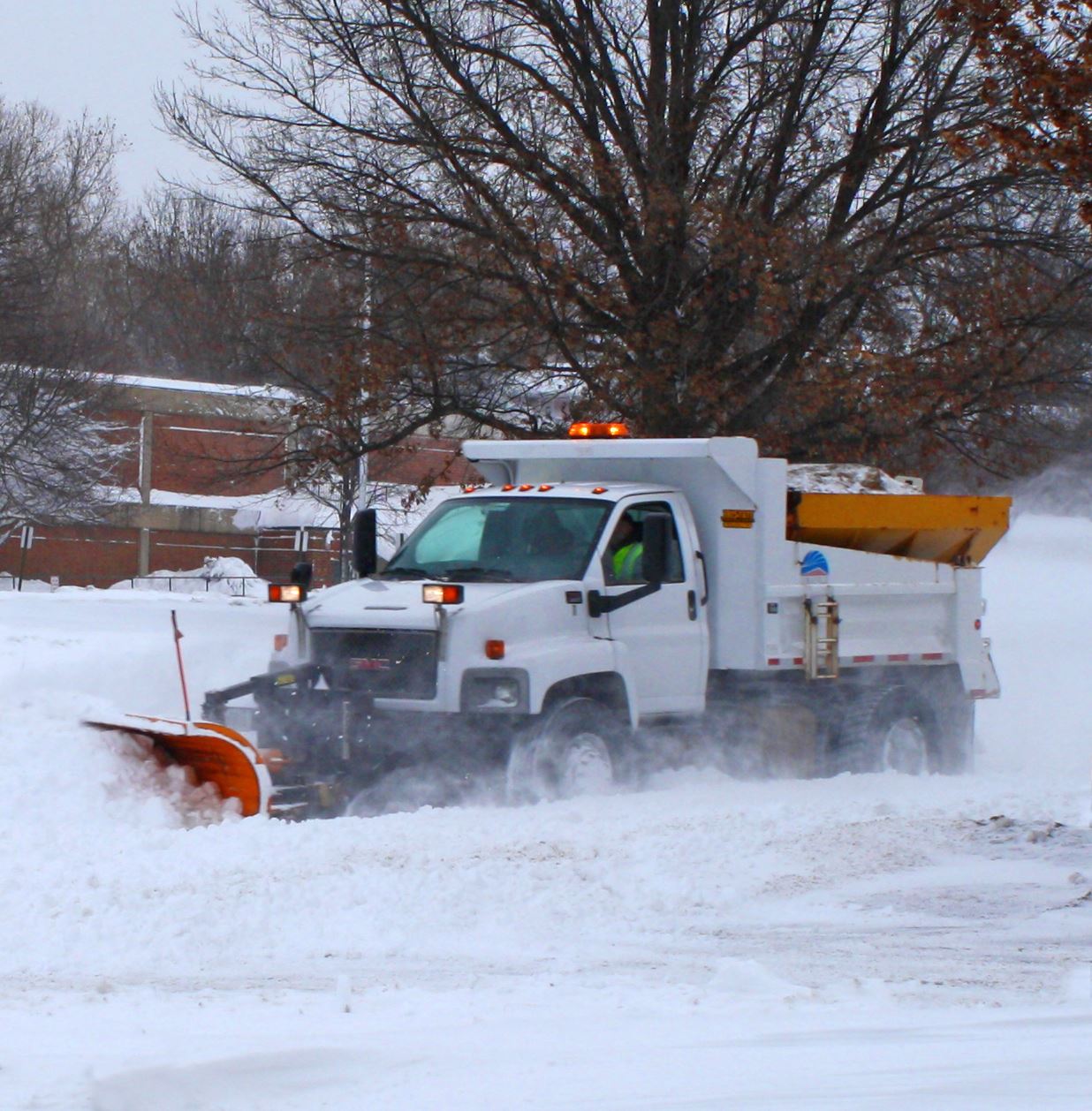 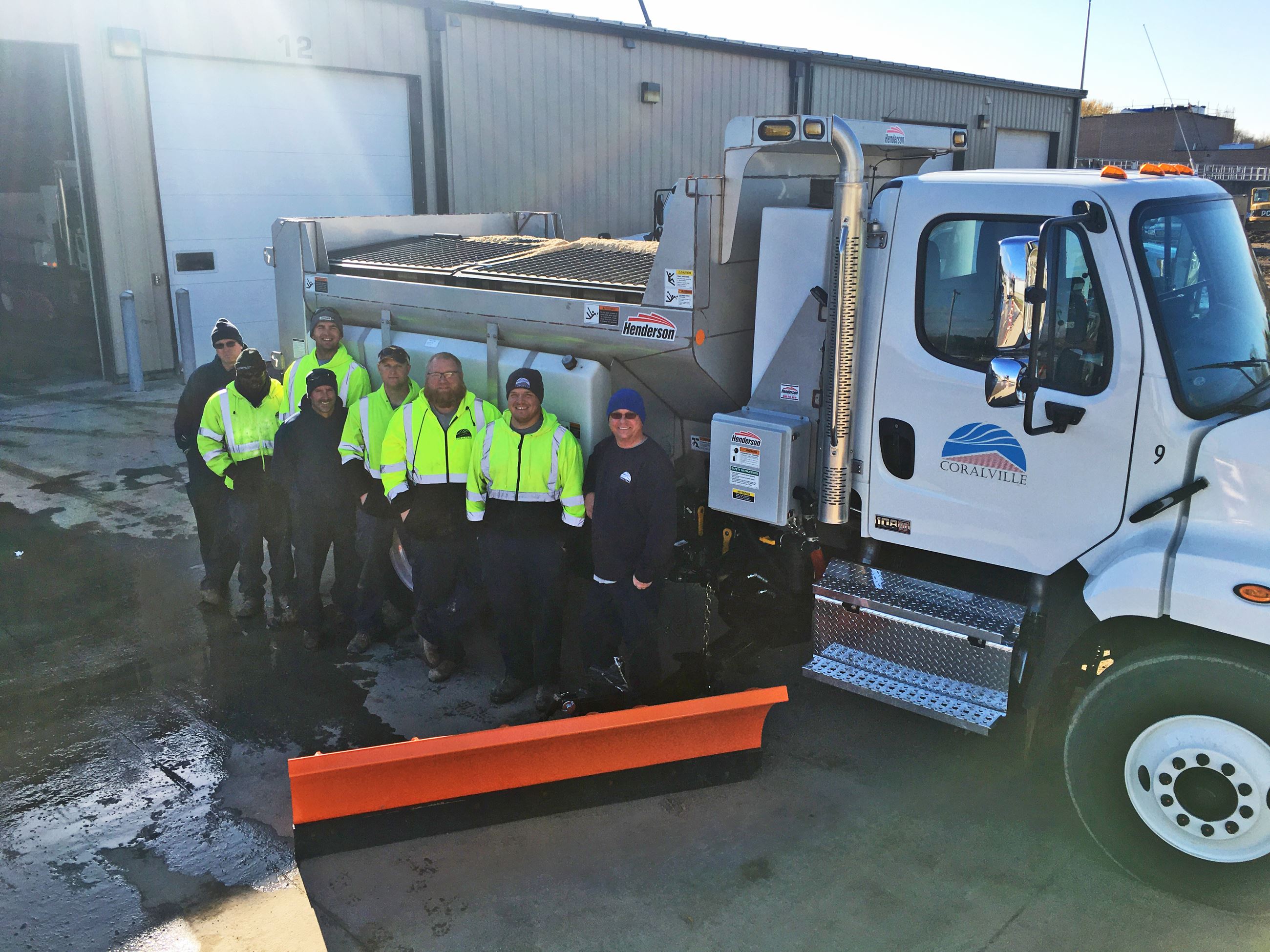 
The City plows and treats public streets in the following order (exceptions made for emergencies):
Crews are unable to accommodate individual requests to change the priority of street plowing.

Typical Winter Events
Severe Winter Storms
During major winter storms, after the snow stops falling and the arterial streets, transit routes, and school area streets are cleared:
The zone where crews begin is determined by the time of day. Tree coverage and available light are leveraged to maximize efficiency.

Why Shovel
Snow and ice-covered walkways are a nuisance and a hazard.  Curb ramps (where the sidewalk meets the street) become inaccessible by wheelchair, stroller, or foot when covered or blocked by snow and ice.

If you are a Coralville property owner, you are required to remove snow and ice from your public sidewalks and curb ramps abutting your property within 24 hours after the ice/snowfall ends. (see Code of Ordinances, 136.03, "Removal of Snow, Ice and Accumulations").


How Much to Shovel

Clear snow down to the concrete and the entire width of the sidewalk.  A wheelchair, walker, or stroller or cannot get through a narrow path.

Unshoveled Sidewalks & Curb Ramps
The City inspects covered sidewalks and curb ramps on a complaint basis. Inspections are generally made within two business days as weather and staff resources allow, prioritizing hazardous issues. An address must be provided for staff to inspect. To report an issue, call 319.248.1740 or report it online.

If the City inspects and determines that a public sidewalk or curb ramp hasn't been cleared within 24 hours after the end of the snowfall:


Where to Put the Snow


Do yourself and other drivers a favor: do not shovel, plow, or blow snow into the street. It creates slick spots when vehicles drive over the snow and compact it, and makes it more difficult for crews to clear the street.  The snow that falls on your property should stay on your property.

Do not use motor-powered, muffler-equipped snow removal equipment (such as a gas snow blower) between 10:00 pm and 6:00 am; it’s not permitted under the City’s noise control ordinance (see Code of Ordinances, 48.05, “Noise Control: Excluded Sounds”). City-owned or City-hired snow removal is allowed during these hours.

Before the Storm
Anti-icing streets with a liquid solution of salt brine prior to a winter storm is a proactive approach.  It is applied before a snow/ice event to reduce the chance that ice will bond to the pavement, helps to avoid slick and snow-compacted roads, and makes it easier to clear roads after a snowfall.

Before a winter storm, when conditions are right, crews use anti-icing products on: When does it work?
The effectiveness of anti-icing (salt brine) depends on using the right amount in the right place at the right time. The air temperature, road temperature, wind speed, pavement conditions, and forecast are all factors in determining whether anti-icing can be used.

De-icing streets with road salt, treated with salt brine and beet juice, is a reactive approach: it is used after snow and ice have started. De-icing works from the top down to reduce the hard bond of snow/ice to the roadway.

While using salt alone lowers the freezing temperature, salt brine jump starts the process for the chemical reaction to take place and melting to start.  If temperatures dip, the effectiveness of salt is reduced.

Sand is used only if temperatures are below 10-15 degrees and/or if there are high winds.

Sand improves traction by increasing friction and helping to prevent tires from slipping on slick roads.  Sand can also help prevent new ice from forming on roads: as sand grains move from vehicle tires or wind, it makes it difficult for water molecules to stick together and form ice as quickly as it can on untreated roads.

In some instances, even with thorough plowing, it’s not possible to clear streets down to the bare pavement. Poor weather conditions, combined with vehicles driving over the snow, can cause roads to become slick with compacted snow.   When temperatures fall well below freezing, de-icing agents have a limited effect. In those cases, even with diligent re-plowing, weather conditions may need to change for crews to successfully remove the compacted snow.

Snow at the Bottom of Driveways

What you can do about it
You can reduce the amount of snow the plow leaves in your driveway if you are able to clear a path tight to the curb in the area before the plow reaches your driveway: 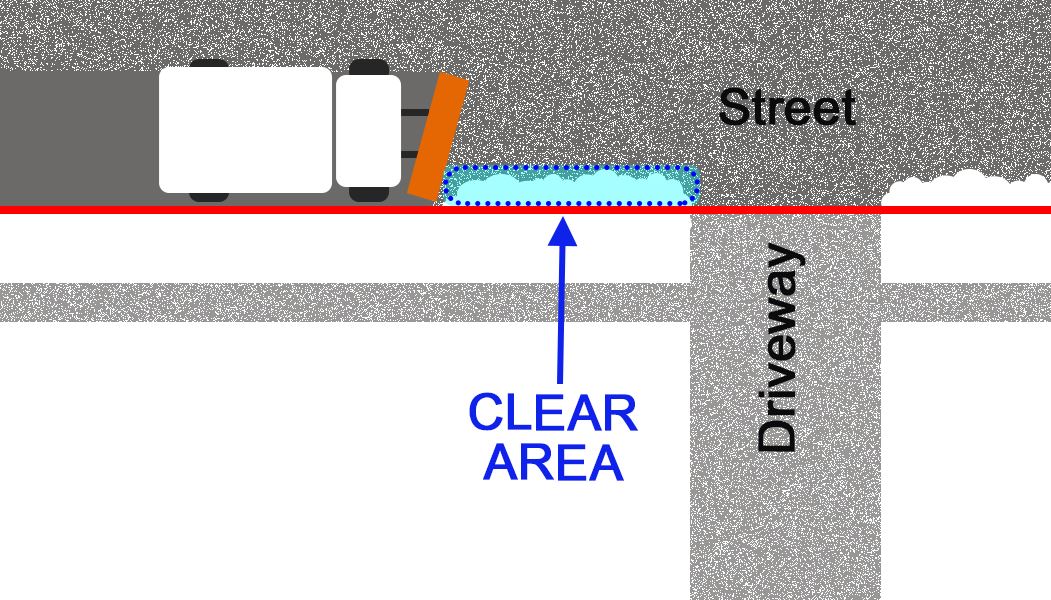 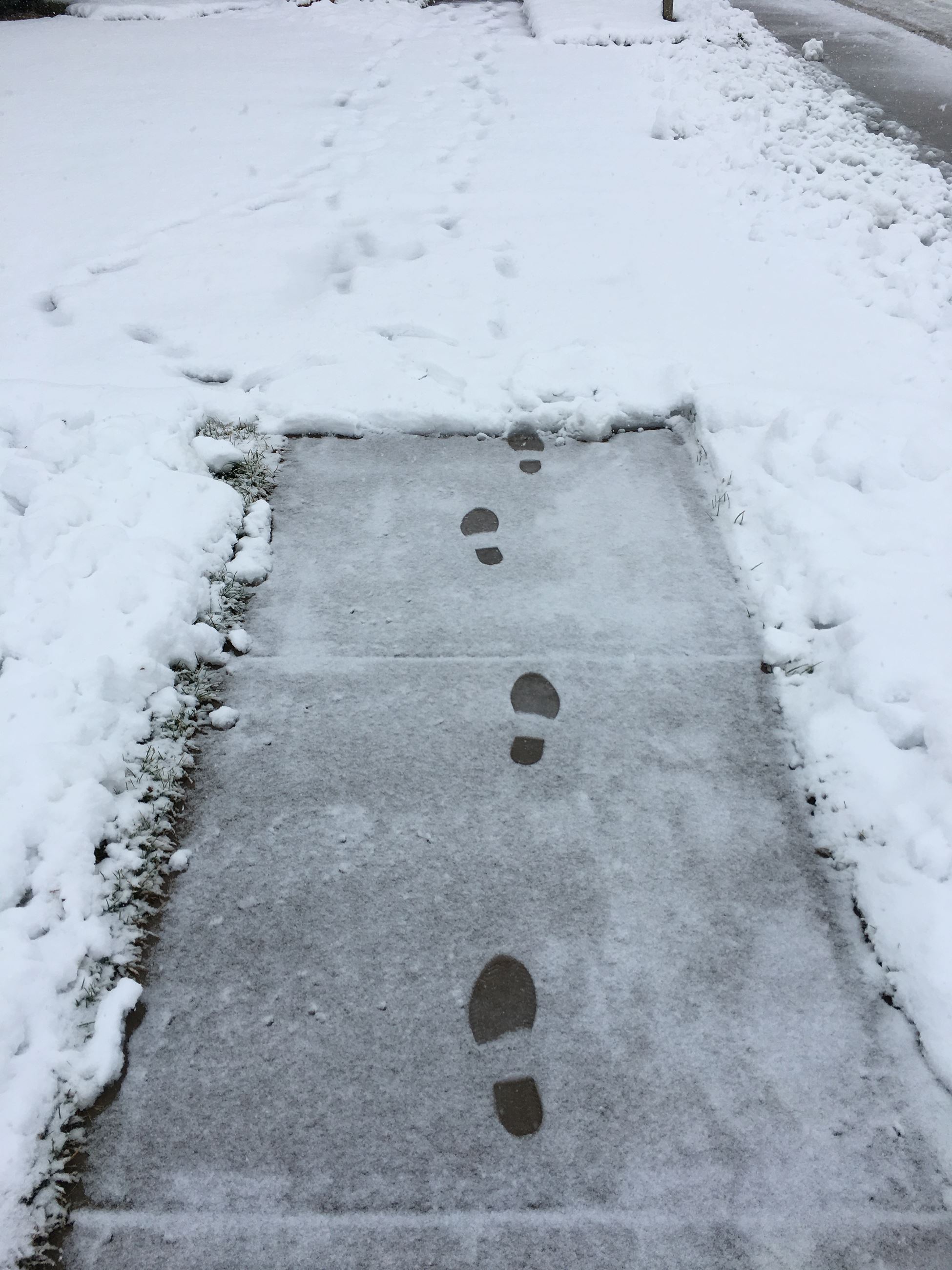