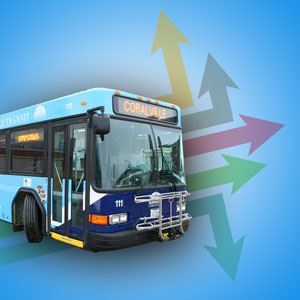 Read descriptions of the new bus routes and schedules, along with additional information.

Get Help Planning Your Trip

If you need help planning what bus to take using the new routes and schedules which begin on October 19, 2020, please:

What riders will notice:

Outreach
Information about how to give feedback was shared on the City’s website, media releases, social media, videos, signs on the buses in multiple languages, e-newsletters, and e-notifications.

Public hearing
As the final step in the process, the changes to bus routes and schedules for Coralville Transit were approved by the Coralville City Council following a public hearing on July 28, 2020.